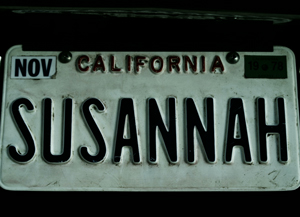 Cleaning out the hard drives I came this set of footage from a few years back of a short titled “Susannah”. It was shot on the original RED camera system and was offered to editors through opencut.org. Since I had all the original footage I thought I might as well edit the story. I also used this as an experiment for workflow. The edit was done in Final Cut Pro X as well as the sound design. I sent a proxy render over to After Effects to create the titles, then brought them back into Final Cut. I then sent an XML over to DaVinci Resolve for the final color grade. Once in Resolve’s editor, I did notice the audio work I did as well as the title clips from After Effects were not recognized. So I deleted the unsupported clips and focused just on the picture. Once the grade was complete I then rendered out a 422 HQ master with no sound and brought that back into Final Cut to lay over the original edit. That way I could still use the good sound design I created before as well as the titles from After Effects.

This site uses Akismet to reduce spam. Learn how your comment data is processed.